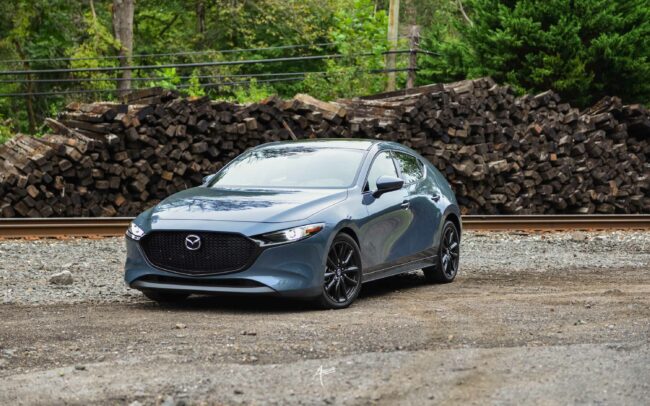 Mazda decided to introduce the fourth generation of the Mazda3 for the 2019 model year at the Los Angeles Auto Show and the ASEAN premiere at the Singapore Motor Show. The Mazda3 or Mazda 3 is a compact car manufactured in Japan by Mazda. It was introduced in 2003 as a 2004 model, replacing the Familia/323/Protegé. The model tested during our review period was the Mazda3 Hatch AWD with the Premium Package

Upon first look, you notice the sleek angles of the new Mazda3 hatchback.  The LED headlights and large grille add to the Mazda3’s aggressive look.  The Mazda 3 came in a Polymetal Grey metallic hue with 10 spoke gunmetal gray wheels.  The hatchback was complete with the dual LED taillights, black spoiler and a sloping rear window. The Mazda3 has an improved KODO Design language based on the Vision concept cars.  Mazda has described the new design as “Pursuing Beauty Through Subtraction and Purity.”  The Mazda3 is described as “Bold and Confident” and I can say that it surely looks the part.

The interior is nice as well. The red leather seats offer an upscale look to the vehicle. In addition to the lavish look, they are quite comfy as well. Being in the compact car class, this is not considered an ideal family. Head and legroom are small. The Mazda3 can seat five people but probably not five adults or taller children. Back seat space is decent for the Mazda3 but the cargo space is limited. Again, let’s remember that this is a compact car, so Mazda should not be dinged for not making this a spacious vehicle.  There are a plenty of other vehicles within the Mazda fleet to fill that void.

Mazda hit it out the park with the infotainment system. There is an 8.8-inch central screen, 7.0-inch digital instrument cluster, heads up display, wireless charging, navigation, Homelink, Appl CarPlay and Android Auto. The Bose sound system delivers crisp and body moving sounds throughout the car. The rotary dial near the gear shift lever is simple to operate and makes up for the lack of having a touch screen option. The four buttons surrounding the dial quickly take you to navigation, music, home, and back to the previous screen that you were on.

The fourth-generation Mazda3 is equipped with a spark-controlled compression ignition, 2.5 liter four-cylinder engine that produces 186 horsepower and 186 pound-feet of torque. The newly-developed SkyActiv technology, includes the latest SkyActiv-X, SkyActiv-G and SkyActiv-D engines. These engines have responsive speed control in any driving situation, and a Spark-Controlled Compression Ignition system. The Mazda3 now has all-wheel drive to further distance itself from the competition. The 2019 Mazda3 Hatch AWD with the Premium Package returns 24 mpg city, 32 mpg highway, and 27 mpg combined. This isn’t great for fuel economy but decent when compared to its’ rivals.

Driving the Mazda3 around town was a pleasure. This new system from Mazda continuously calculates vertical load at each wheel based on vehicle speed, steering input, and accelerometer with the goal of expanding performance. The handling between corners and the acceleration on straights is superb. The throttle response was on point, especially in Sport mode. Braking into a corner would quickly engage a downshift, then keeping the lower gear for the right amount of time. The SKYACTIV®2-Drive 6-speed automatic transmission with sport mode was spot on.

The Mazda3 became Mazda’s fastest-selling vehicle in January 2019, with cumulative sales of over 6-million units. Competitors of the Mazda3 are the Honda Civic, Toyota Corolla, Subaru Impreza, Audi A3, BMW 3 Series and the Mercedes-Benz A Class. The Mazda3 is competitively priced with our tested range-topping, fully loaded AWD hatchback Premium package version coming in at $31,335. Please enjoy the photo gallery. 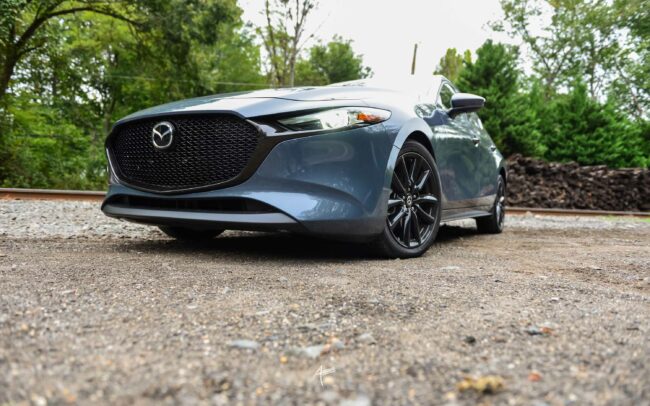 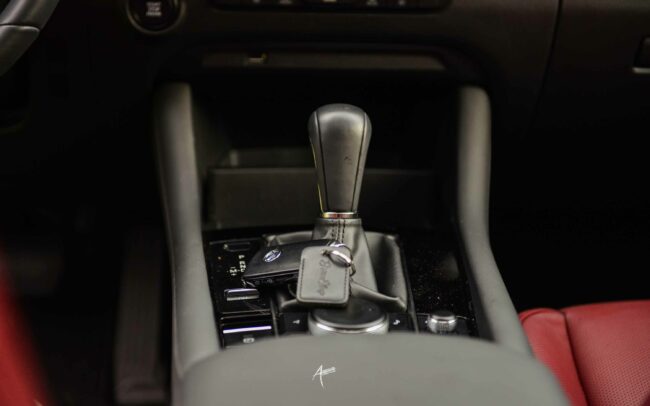 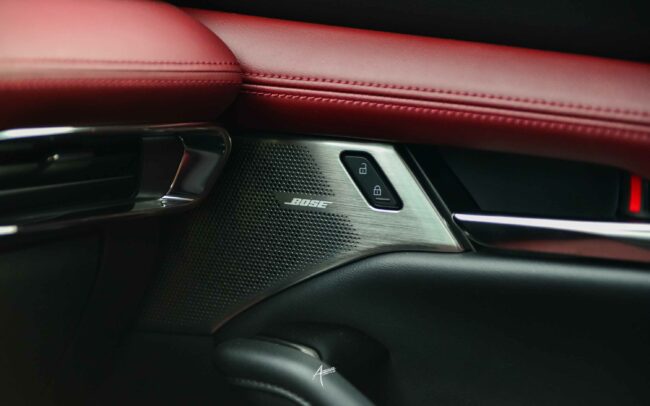 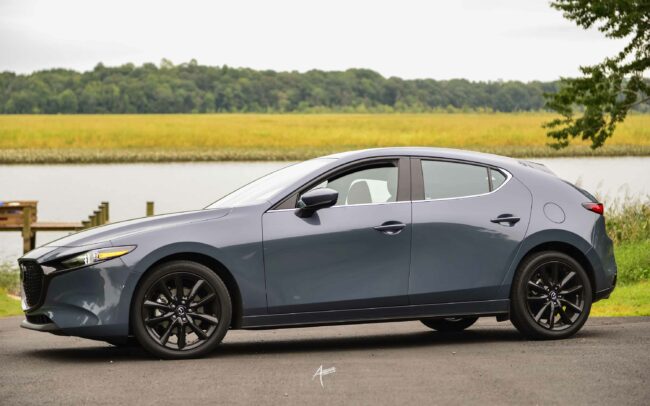 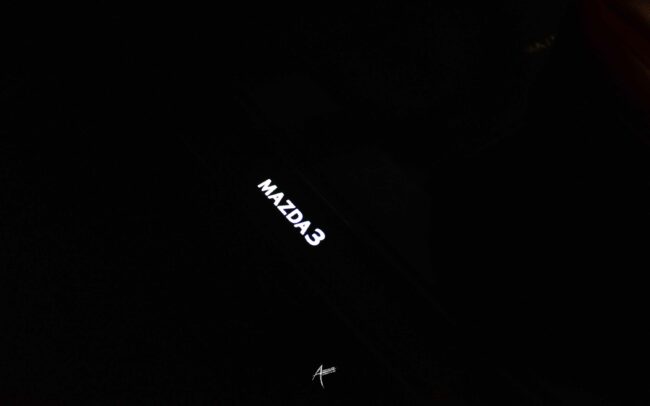 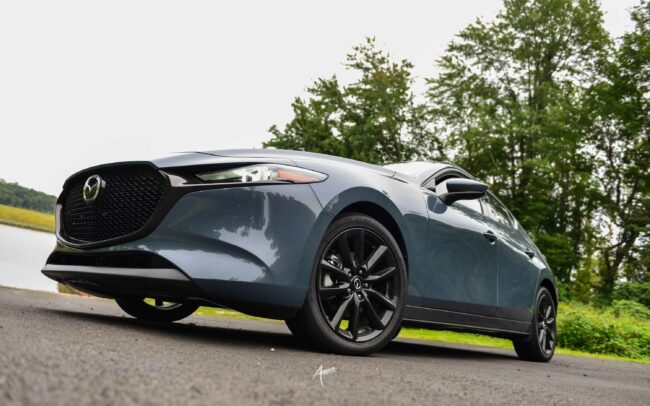 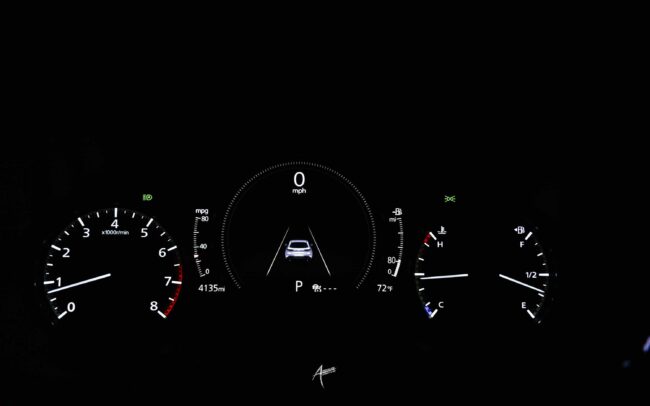 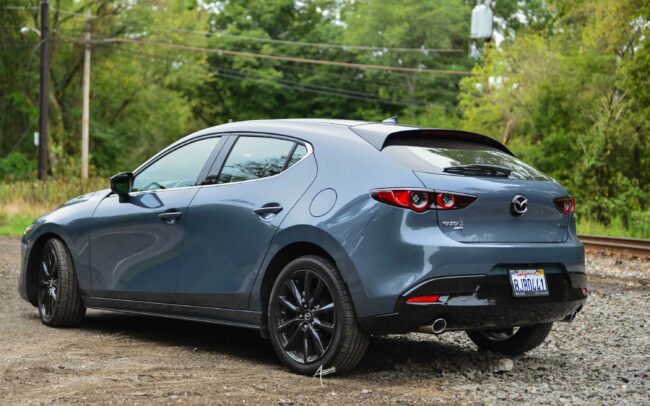 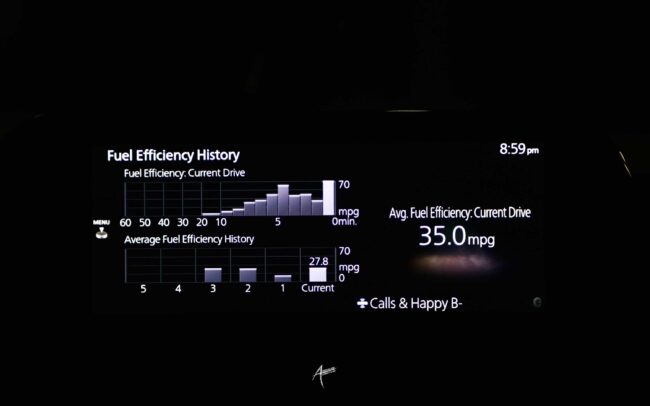 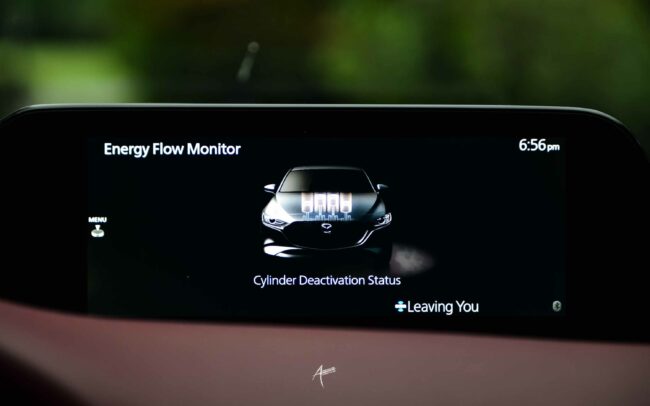 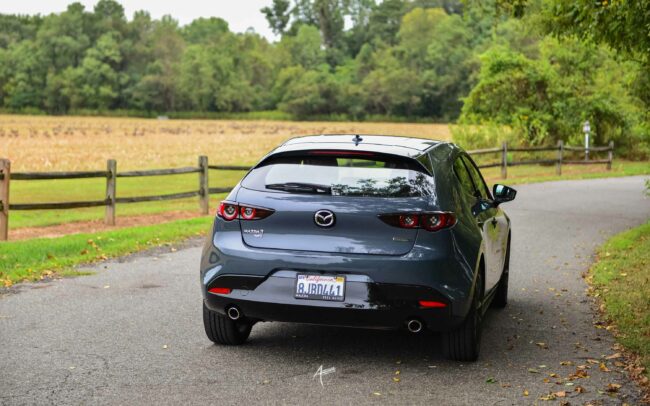 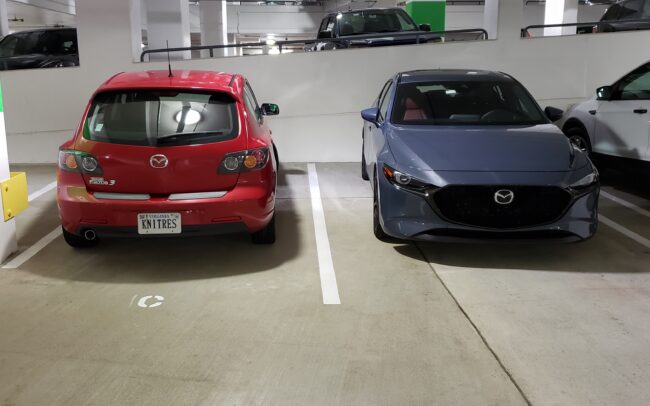