The holiday seasons are full of family fun and the 2018 Toyota Highlander Limited Platinum Edition arrived right on time to be our carriage for the week. The Toyota Highlander, also known as the Toyota Kluger, is a 5-door mid-size crossover SUV.  After being announced in April 2000 at the New York International Auto Show, it hit the scene in late 2000 in Japan and January 2001 in North America. It was one of the first mid-size crossover SUV’s on the market and still one of the strongest on the market.

Upon first look, you notice the luxurious styling of the Highlander. Our Limited Platinum version comes with chrome-ringed LED fog lamps, LED accent strips on the headlights, folding heated power side mirrors, dark chrome look 19-inch alloy wheels and the panoramic moonroof with sunshade. The Highlander arrived in an Alumina Jade Metal hue which added to the look of luxury that I referenced earlier. Nothing about this vehicle comes across as boring or mundane.

The interior of the Highlander is even more impressive. The Limited Platinum trim adds an 8.0-inch touchscreen infotainment display with navigation, perforated leather upholstery, ventilated front seats, second-row captain’s chairs, a 4.2-inch multi-information display, a 12 speaker JBL premium audio system, a 360-degree view camera system, a heated steering wheel, and heated second-row seats. There is also a rear-seat entertainment system is available on all Highlanders except for the LE and LE Plus models.

The 2018 Highlander has five usb ports, three in the front and two in the second row. There is also the Entune app suite, Bluetooth, voice recognition, tri-zone automatic climate control, satellite radio, HD Radio, proximity key entry, push-button start, a 120-volt outlet and Driver Easy Speak. The dashboard’s layout includes several controls around the touch screen, although I feel that some are difficult to reach while driving. Similar to many other Toyota and Lexus vehicles, Apple Car Play and Android Auto are not included.

The Toyota Highlander seats up to seven people. I really enjoyed the second-row captain’s chairs. They were comfy and made it easier to reach the third-row seating. This was a benefit in getting the kids to their seating once in the vehicle. The third-row seat is perfectly suitable for children. Adults can fit but it would not be comfortable over an extended amount of time. Having a young child, it was important to me that the Highlander has two complete sets of LATCH child-seat connectors in its second row. The lower anchors were pretty easy to access. The Highlander comes with a power liftgate that opens to good amount of cargo space.

The Highlander provides a comfortable and quiet ride. Our tested Highlander comes with a 3.5-liter V6, delivering 295 horsepower and 263 pound-feet of torque. The larger engine is optional with the base model. The 8-speed automatic transmission is a bit sluggish, after the initial press on the pedal, but once you get going it will hang with the best of them. The tested Highlander returns EPA fuel economy ratings of 20 mpg in the city, 26 mpg on the highway and 22 mpg combined. This is pretty decent for a V6-powered midsize SUV. The tested all-wheel version rides comfortably over most surfaces and has a quiet cabin. When properly equipped it can tow 5,000 pounds.

The 2018 Highlander earned a five-star overall rating from the National Highway Traffic Safety Administration by scoring five out of five stars in the side crash test and four stars in both the frontal crash and rollover tests. The Highlander is a 2018 IIHS Top Safety Pick after receiving the top score of Good from the Insurance Institute for Highway Safety. It also earned a Superior rating for its front crash prevention features and the second-highest rating of Acceptable for headlight performance.

The Toyota Highlander competes with the Honda Pilot, Ford Explorer, GMC Acadia, Nissan Pathfinder, Mazda CX-9, Hyundai Santa Fe and Volkswagen Atlas. The Toyota Highlander is one of the best-selling midsize SUVs as 2018 sales increased 13.7 percent compared to 2017 sales numbers. Toyota offers a limited warranty covering 3 years or 36,000 miles, a powertrain warranty covering 5 years or 60,000 miles and complimentary maintenance that is covered for 2 years or 25,000 miles. Our model tested comes in at $47,655.00.

The entire family had a great time jetting around town in the 2018 Toyota Highlander Limited Platinum. The Highlander is spacious, stylish and comfortable. Definitely a winner in my book. Enjoy the photo gallery. 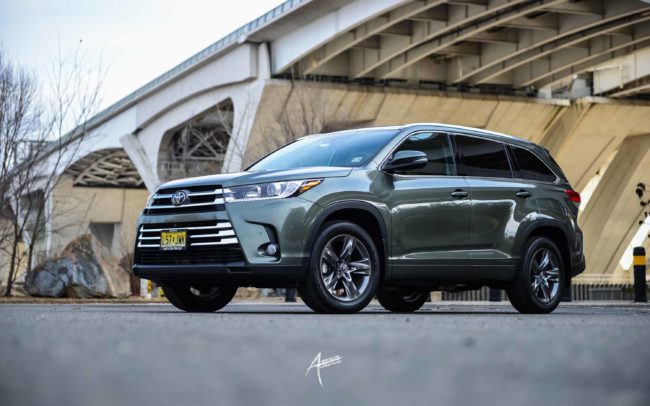 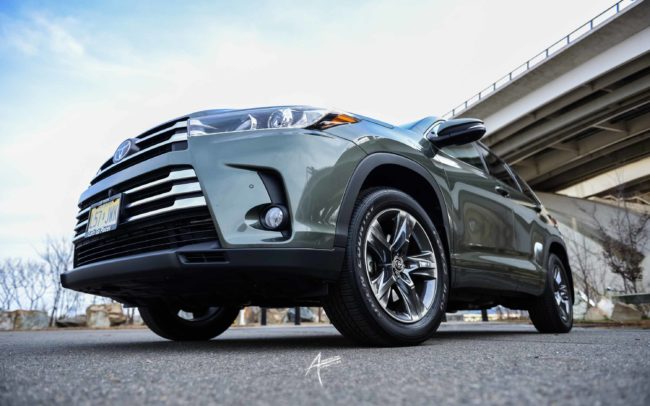 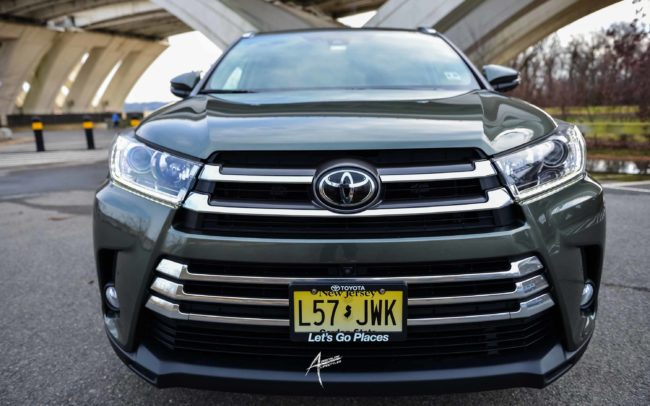 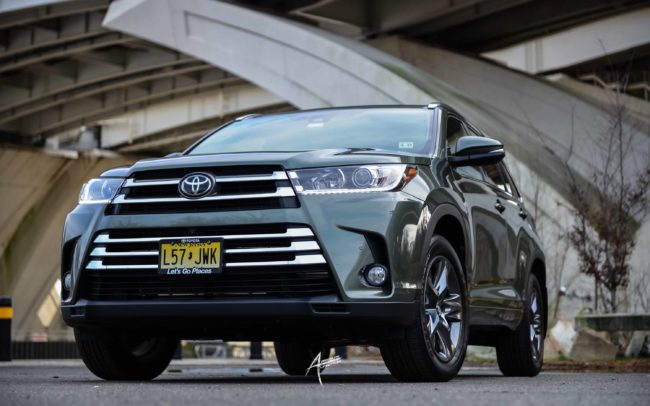 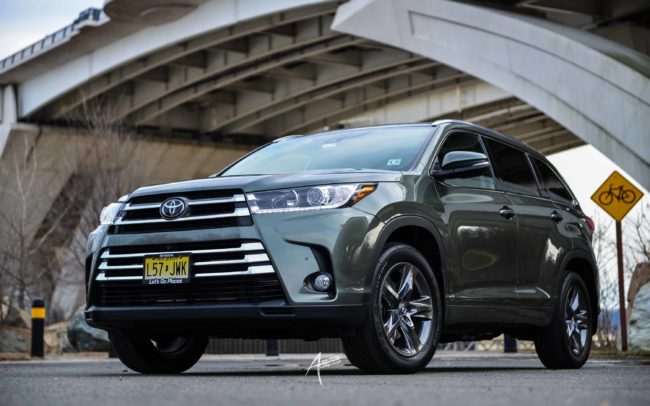 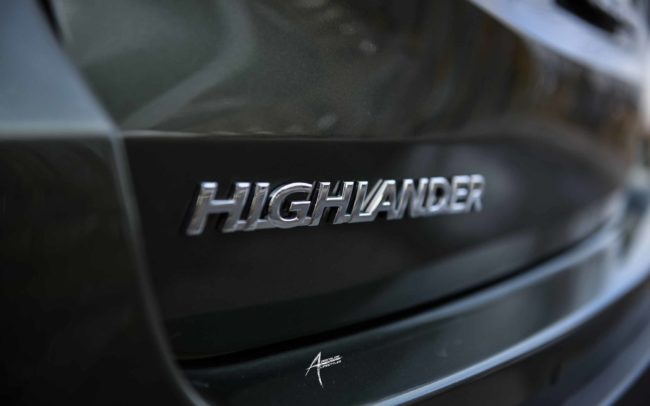 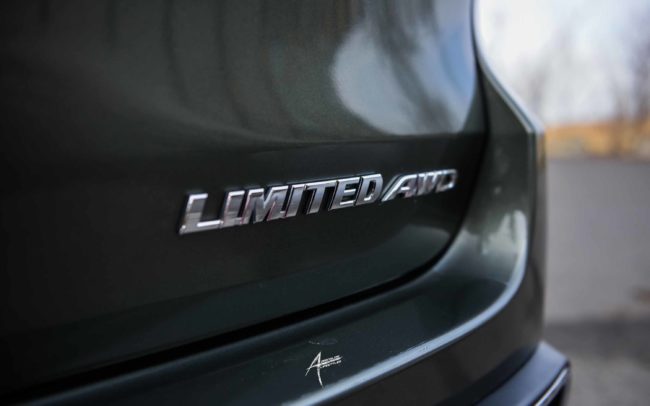