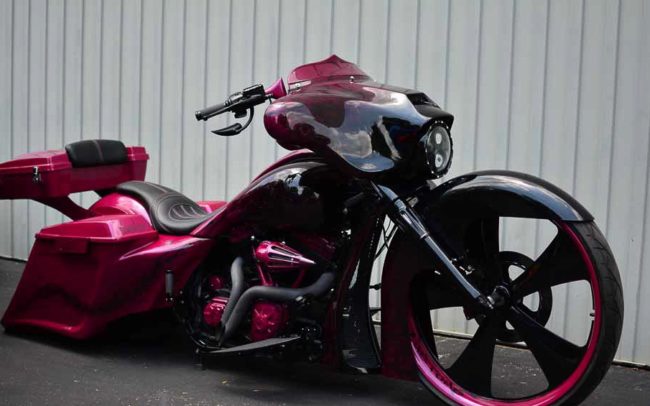 Summer is in full swing and motorcycle events are popping up all over the place. As an avid motorcyclist, I make it a priority to get out and twist the throttle to as many as I can attend. Harley-Davidson of Washington hosted the Flaming Knights of DC for their 2015 Community Day and Fish Fry including Uptown Motorsports’ thunderous SOUND OFF competition and bike show.

Dangerous Dezigns Customs trekked in from the windy city bringing more heat to the bike show by displaying a few show stoppers such as their 100th Anniversary FatBoy in tribute to our 44th Commander-in-Chief, President Obama. Also included were two retro replica Harley-Davidson throwback bikes and in collaboration with Hell Bent Customs, an insane custom ‘91 Harley-Davidson Sportster 1200 Boardtracker with a ’72 tank.

Vendors, food and live music by the Signature Band wasn’t enough for the HD Washington team as they wowed the crowd and unveiled the “Custom King” as part of a nationwide dealer contest. This was indeed a great day and a spectacular event to be a part of. Stay tuned as we report from many other events that celebrate the motorcycle community.