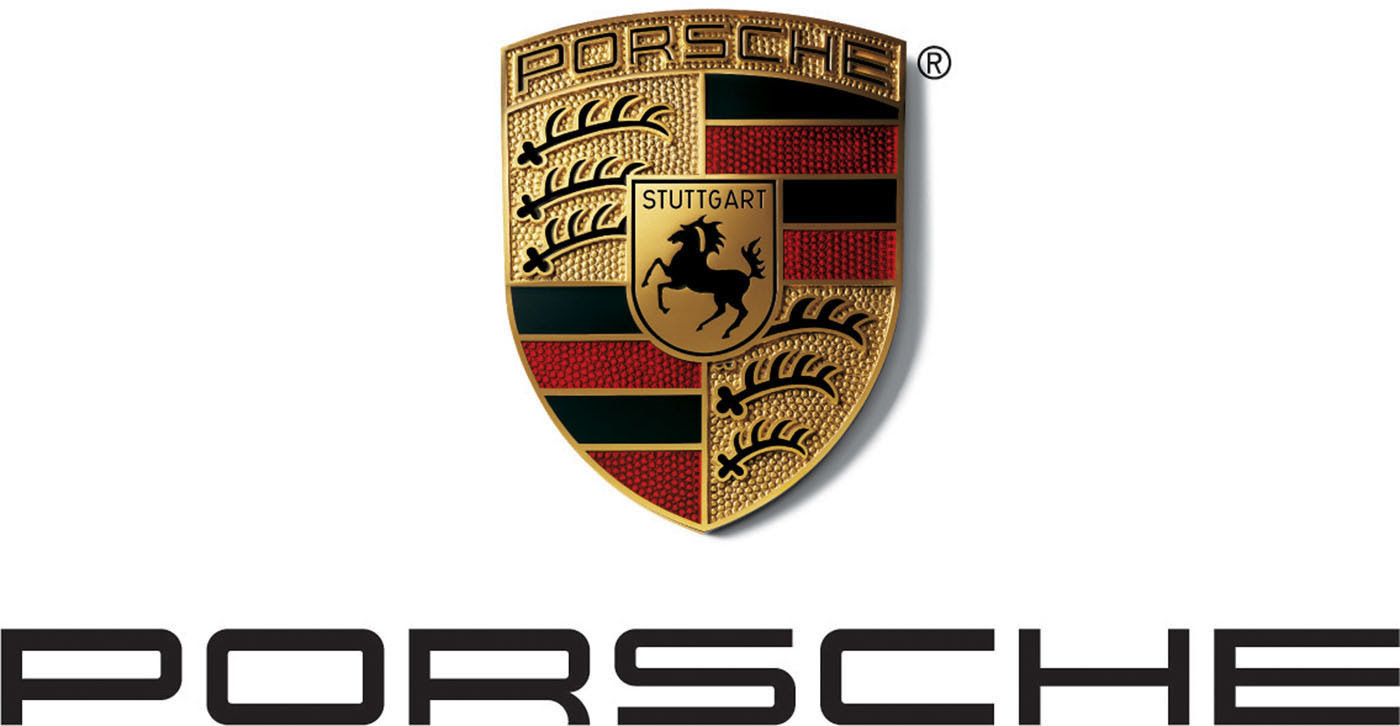 ATLANTA, June 7, 2017 /PRNewswire/ — The new 2018 911 Turbo S Exclusive Series Coupe from Porsche is the most powerful 911 Turbo S ever. The Coupe makes 607 horsepower and is limited to 500 units worldwide. In addition to an increase of 27 horsepower, the 911 Turbo S Exclusive Series distinguishes itself from other 911 Turbo S models with its unique design, specialty materials, and luxurious details. The sports car is being meticulously finished by hand in the new Porsche Exclusive Manufaktur at Porsche AG’s headquarters in Stuttgart-Zuffenhausen. Previously known as “Porsche Exclusive,” the in-house workshop specializes in customization and is responsible for limited-edition vehicles. For the first time ever, Porsche customers can have the optional matching chronograph from Porsche Design configured in the same specification as their car. 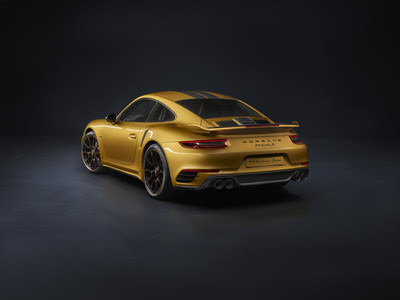 Increased power and performance
The 3.8-liter, twin-turbo flat-six engine with a power kit delivers a maximum torque of 553 lb.-ft. between 2,250 and 4,000 rpm. This results in the 911 Turbo S Exclusive Series Coupe accelerating from 0 to 60 mph in 2.8 seconds, and it takes 9.6 seconds to cross 124 mph making it 0.3 seconds faster than the standard 911 Turbo S. The top track speed is 205 mph. The 911 Turbo S Exclusive Series comes standard with 20-inch center-lock wheels painted in black, with highlights carefully finished in Golden Yellow Metallic using a new laser technology. For the first time, the brake calipers for the Porsche Ceramic Composite Brake (PCCB) system are available in black with the Porsche logo in Golden Yellow Metallic. The active sports chassis with Porsche Active Suspension Management (PASM) and the Sport Chrono package are included as standard. Rear-axle steering and Porsche Dynamic Chassis Control (PDCC) further enhance handling and stability.

Exceptional design
What makes the 911 Turbo S Exclusive Series Coupe so distinctive is the exclusive Golden Yellow Metallic paint finish and various carbon fiber components, including the front trunk lid, roof, and side skirts. The two carbon-weave strips that contour the roof and front trunk lid accentuate the sporty look of the car. The rear view is characterized by the rear wing of the Turbo Aerokit, a new rear fascia, and the exhaust system with twin tailpipes which are finished in black. The fenders are decorated with Porsche Exclusive Manufaktur plates. In addition to Golden Yellow Metallic, the vehicle is offered in other select exterior colors.

Interior craftsmanship
The interior is both elegant and unique. The 18-way adjustable sports seats are covered in perforated leather. The inside layer has two stripes in Golden Yellow, creating a unique effect. The seams and the Turbo S lettering stitched into the headrests are also finished in Golden Yellow, and the roof lining is made of Alcantara with a Golden Yellow double-stripe look. Fine copper thread is integrated into the trim strips of the carbon fiber interior package. The plate featuring the limited-edition number on the passenger’s side underlines the car’s exclusivity. The door sill guards, also finished in carbon fiber, include illuminated Exclusive Series lettering.

Truly hand-crafted
For more than 30 years, Porsche customers have been able to enjoy extensively customized individual components. With the introduction of this new limited production vehicle, Porsche is beginning a new chapter: Porsche Exclusive will now be presented across the globe with the new “Porsche Exclusive Manufaktur” brand. This in-house workshop specializes in custom Porsche modifications. The range of services available also includes customer consultation, developing special equipment options for each model range, and producing limited production cars.

High-quality accessories
Customers can also enjoy the unique Exclusive Series design outside their vehicle with the leather Exclusive Series luggage set that has been developed especially for customers who buy a vehicle from the limited production vehicle. The visual details on the luggage set as well as the dimensions of the two weekender bags, the handbag, and the garment carrier, are the perfect fit for the luggage space available in the 911 Turbo S Exclusive Series Coupe.

About Porsche Cars North America, Inc. | One Porsche Drive, Atlanta, GA 30354 USA
Established in 1984, Porsche Cars North America, Inc. (PCNA) is the exclusive U.S. importer of Porsche 911, 718 Boxster and 718 Cayman sports cars, Macan and Cayenne SUVs, and Panamera sports sedans. Headquartered in Atlanta, Georgia since 1998, PCNA is also home to the first Porsche Experience Center in North America featuring a module-based 1.6 mile driver development track, business center and fine dining restaurant, 356. The company operates a second Porsche Experience Center in Los Angeles. This 53-acre complex features a driver development track with eight educational modules totaling 4.1 miles, a business center, and Restaurant 917. PCNA employs approximately 300 people who provide parts, service, marketing, and training for 188 dealers. They, in turn, work to provide Porsche customers with a best-in-class experience that is in keeping with the brand’s 65-plus year history and leadership in the advancement of vehicle performance, safety and efficiency. PCNA is a wholly-owned subsidiary of Porsche AG, which is headquartered in Stuttgart, Germany.

At the core of this success is Porsche’s proud racing heritage that boasts some 30,000-plus motorsport wins to date. 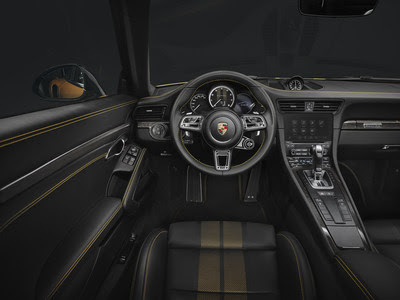 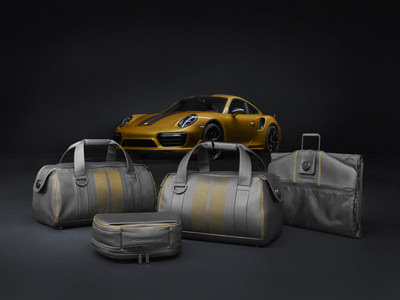 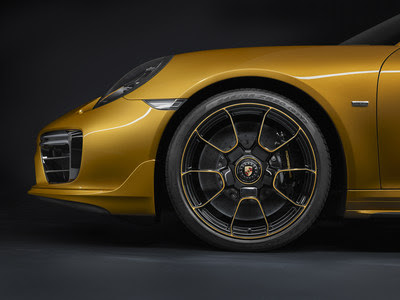 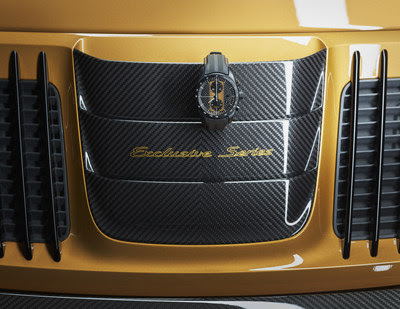 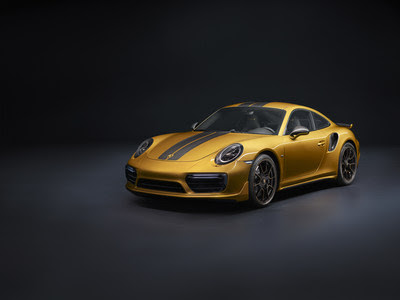