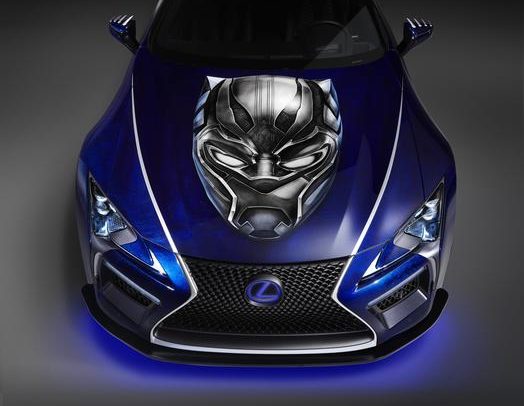 SAN DIEGO — Today, on the brink of the opening of Comic-Con International: San Diego, Lexus and Marvel have announced a collaboration to pair the first-ever 2018 Lexus LC with Marvel’s dynamic Black Panther character in the highly anticipated film, Marvel Studios’ Black Panther, slated to hit theaters on Feb. 16, 2018.

Directed by Ryan Coogler, and starring Chadwick Boseman, Michael B. Jordan and Lupita Nyong’o, the film follows T’Challa, who, after the events of Marvel Studios’ “Captain America: Civil War,” returns home to the isolated, technologically advanced African nation of Wakanda to take his place as King.

To accompany the collaboration between Lexus and Marvel, Lexus also teamed with Marvel Custom Solutions to create an original graphic novel, with storytelling driven by famed writer Fabian Nicieza and cover illustrations by emerging graphic artists Scott “Rahzzah” Wilson and Szymon Kudranski. Centered around the balance between human and machine, the comic features the Lexus LC 500 with a new, Wakandan spin and its role in helping the Black Panther defeat a legendary villain.

Lexus and Marvel will celebrate their collaboration during Comic-Con after-hours at an exclusive Black Panther-themed event on Friday, July 21, with special performances by DJ Lulo Café and a surprise headliner. During the invite-only event, six variant covers for the graphic novel will be revealed to industry guests and comic enthusiasts.

“This campaign clicked from the get-go,” said Mindy Hamilton, Marvel’s SVP of global partnerships. “We have this bold, sophisticated hero stepping into the spotlight for the first time, and it’s been a blast to work with the Lexus team to build out a story that’ll familiarize fans with T’Challa as well as his advanced home nation of Wakanda.”

Ushering in a new era of design and engineering at Lexus, the LC 500 is expressive and stylish, with enhanced dynamic capability and performance. Additional information on the flagship coupe can be found here.

Marvel Studios’ “Black Panther” follows T’Challa who, after the death of his father, the King of Wakanda, returns home to the isolated, technologically advanced African nation to succeed to the throne and take his rightful place as king. But when a powerful old enemy reappears, T’Challa’s mettle as king—and Black Panther—is tested when he is drawn into a formidable conflict that puts the fate of Wakanda and the entire world at risk. Faced with treachery and danger, the young king must rally his allies and release the full power of Black Panther to defeat his foes and secure the safety of his people and their way of life.

Marvel Entertainment, LLC, a wholly-owned subsidiary of The Walt Disney Company, is one of the world’s most prominent character-based entertainment companies, built on a proven library of more than 8,000 characters featured in a variety of media over seventy-five years. Marvel utilizes its character franchises in entertainment, licensing and publishing. For more information visit marvel.com. © 2017 MARVEL.

Lexus’ passion for brave design, imaginative technology, and exhilarating performance enables the luxury lifestyle brand to create amazing experiences for its customers. Lexus began its journey in 1989 with two luxury sedans and a commitment to pursue perfection. Since then, Lexus has developed its lineup to meet the needs of global luxury customers in more than 90 countries. In the United States, Lexus vehicles are sold through 238 dealers offering a full lineup of luxury vehicles. With five models incorporating Lexus Hybrid Drive, Lexus is the luxury hybrid leader. Lexus also offers six F SPORT models and two F performance models. 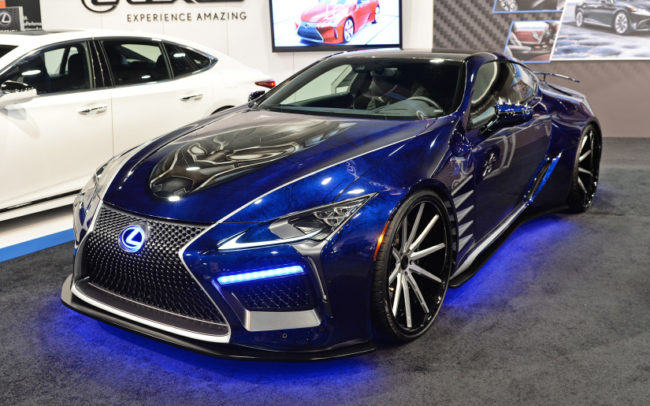 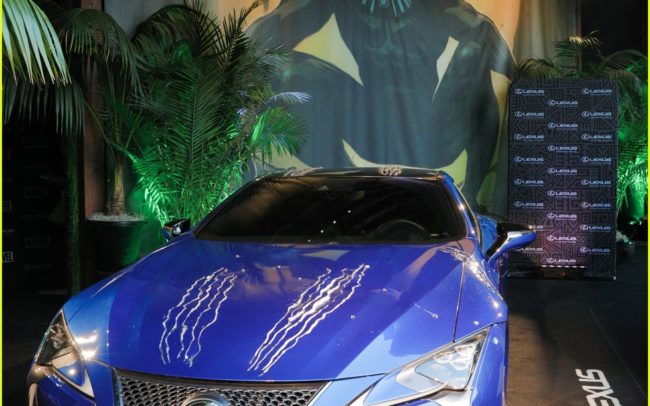 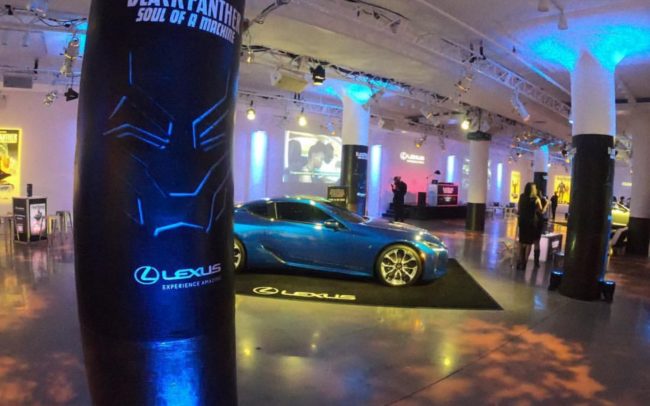